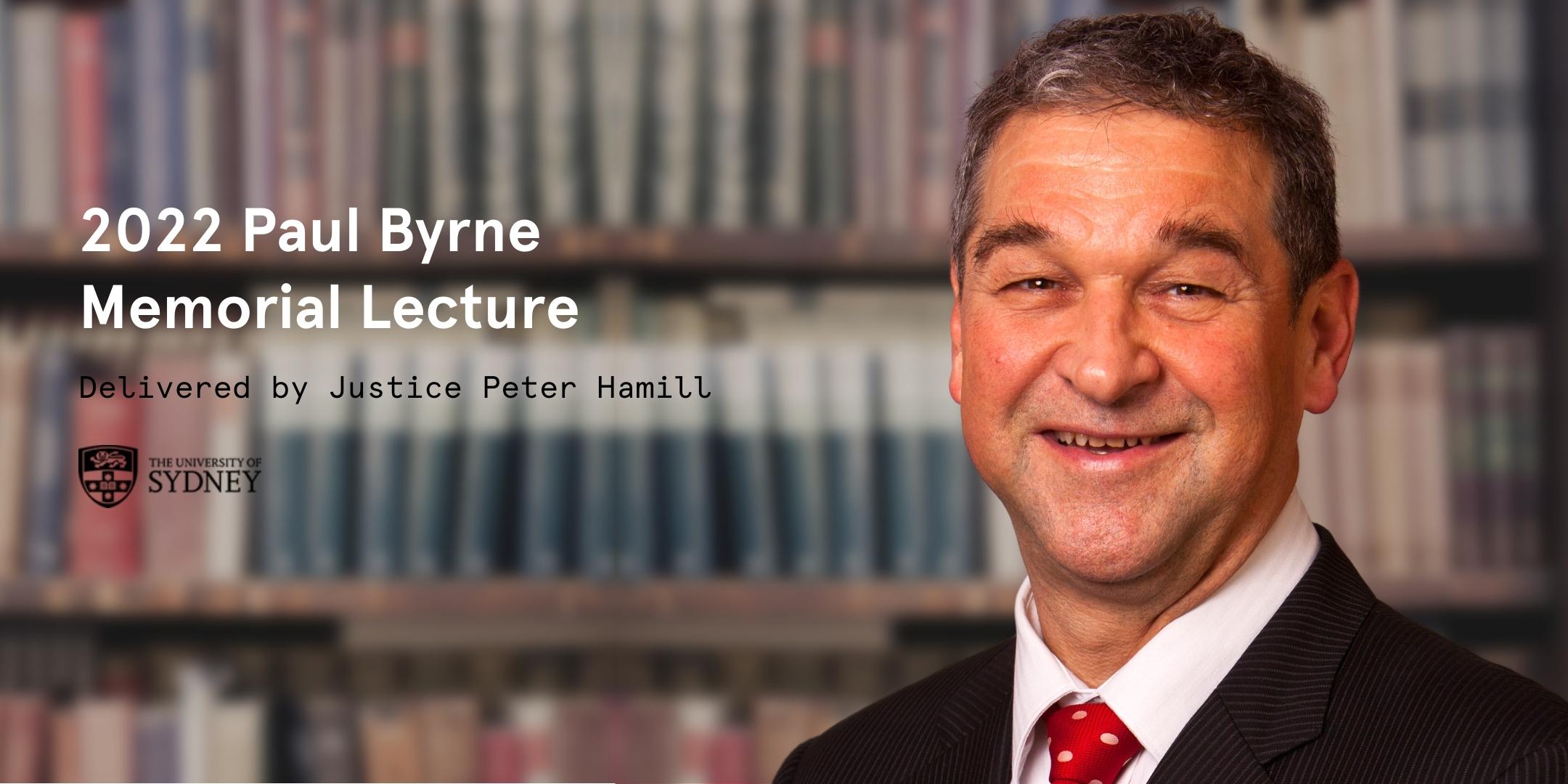 Paul Byrne was one of Justice Peter Hamill’s most important mentors. His Honour thought he would use the opportunity, at what would have been, but for Covid, the tenth anniversary of the establishment of the Paul Byrne SC Memorial Lecture, to speak about the man himself.

Justice Hamill will speak about the contributions Paul made to the law though his work at all levels of the criminal justice system, his quirks and eccentricities, his passions, and his approach to the art of persuasion.

The lecture will be a personal and professional memoir of a man who so many people loved and admired.

It will cover some of Paul’s triumphs in the High Court on critical issues in the criminal law like identification evidence (Domican), the prosecutor’s duty of disclosure (in Grey), relevance (in Mundarra Smith), judicial and apprehended bias (in Antoun) and obtaining special leave where a point was not taken in the courts below (Crampton).

Justice Hamill will also share some of Paul Byrne’s wisdom about court craft and advocacy, the benefits of courtesy, aspects of cross-examination and “reading the room”, that is the Court room. The lecture may meander into more esoteric subjects such why expert witnesses should not wear bow ties and Paul’s unique approach to financial investment. There may be some discussion of racing cars.

His Honour hopes his speech will be both educational and entertaining, but mainly hopes to share some stories about one of Australia’s finest criminal defence lawyers.

Justice Peter Hamill was sworn in as a judge of the Supreme Court in April 2014. His Honour began his legal career as a clerk in the Court of Petty Sessions and achieved his legal qualifications by studying part time for the Barristers’ Admission Board examinations. His Honour worked as Justice Mary Gaudron’s Associate in the High Court before commencing practice at the Bar in 1988.

He was a renowned criminal barrister and founding member of Forbes Chambers where he practised for over 25 years, taking silk in 2004. His Honour was briefed in many trial matters by the Western Aboriginal Legal Service during this time and appeared at all levels of the criminal justice system, from the Local Court to the High Court, appearing in more than 150 criminal appeals.

His Honour also worked on some of the state’s most significant coronial inquests and commissions of inquiry including for the family in the police killing of Roberto Curti, for Keli Lane at the inquest into the disappearance of her daughter and for NSW police at the judicial inquiry into the conviction of Phuong Ngo. His Honour is known for his unique catchwords, and a bold and humane approach to the law.

Paul Byrne SC was one of his most important mentors and he still has a small shrine in his chambers so that he will never forget Paul’s wisdom and humanity.

This event is being held in-person at Sydney Law School.

Gifts to The Paul Byrne SC Memorial Fund support the activities of the Institute of Criminology and other activities in the field of criminal law at Sydney Law School, in memory of the late Paul Byrne SC.

This event is proudly hosted by the Sydney Institute of Criminology, highlighting the Institute’s support of critical criminal justice research, practice, policy and debate.

Camperdown Campus - venue to be confirmed