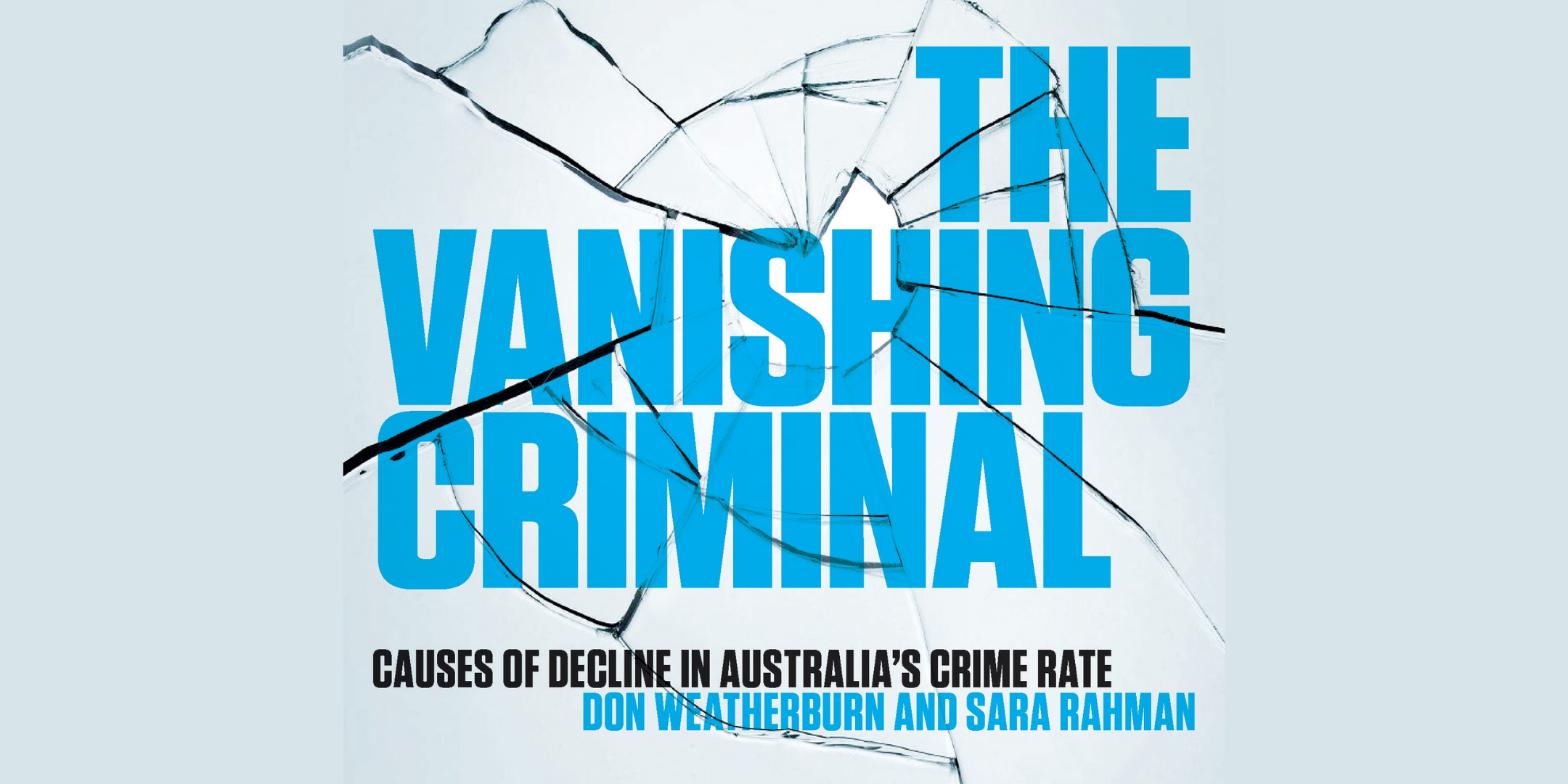 Book Launch of The Vanishing Criminal

Book Launch of The Vanishing Criminal, by Don Weatherburn and Sara Rahman

The book will be launched by investigative journalist Kate McClymont AM of The Sydney Morning Herald. The launch will be followed by a discussion panel and Q and A, facilitated by Associate Professor Garner Clancey of the Sydney Institute of Criminology.

About The Vanishing Criminal: Causes of Decline in Australia’s Crime Rate

Former Director of the NSW Bureau of Crime Statistics and Research Dr Don Weatherburn and leading researcher Sara Rahman uncover the causes of our crime rate’s dramatic decline in The Vanishing Criminal.

In 2000, Australia had the highest rate of burglary, the highest rate of contact crime (assault, sexual assault and robbery) and the second highest rate of motor vehicle theft among the 25 countries included in the international crime victim survey, which takes in the United States, the United Kingdom and most western European countries. Then in 2001, Australian crime statistics began to decline. By 2018, rates of the most common forms of crime had fallen between 40 and 80 percent and were lower than they’d been in twenty or in some cases thirty years. Australia is not the only country to have experienced this social trend.

In The Vanishing Criminal, Don Weatherburn and Sara Rahman set out to explain the dramatic fall in crime, rigorously but accessibly comparing competing theories against the available evidence. Their conclusions will surprise many and reshape the terms for discussion of these questions well into the future.

Dr Don Weatherburnwas the Director of the NSW Bureau of Crime Statistics and Research for thirty years. He is now a professor at the National Drug and Alcohol Research Centre and a longstanding member of the Sydney Institute of Criminology’s Advisory Committee.

Kate McClymont AM will launch the book.

Kate McClymont AM is an investigative journalist with The Sydney Morning Herald, an eight-time winner of the Walkley and a Member of the Order of Australia. McClymont’s most recent book, Dead Man Walking, details the murky dealings of colourful Sydney business identities.

Information about the book

This is an online event, live from the Law Foyer at The University of Sydney Law School.

This book launch is sponsored by the Sydney Institute of Criminology at Sydney Law School.