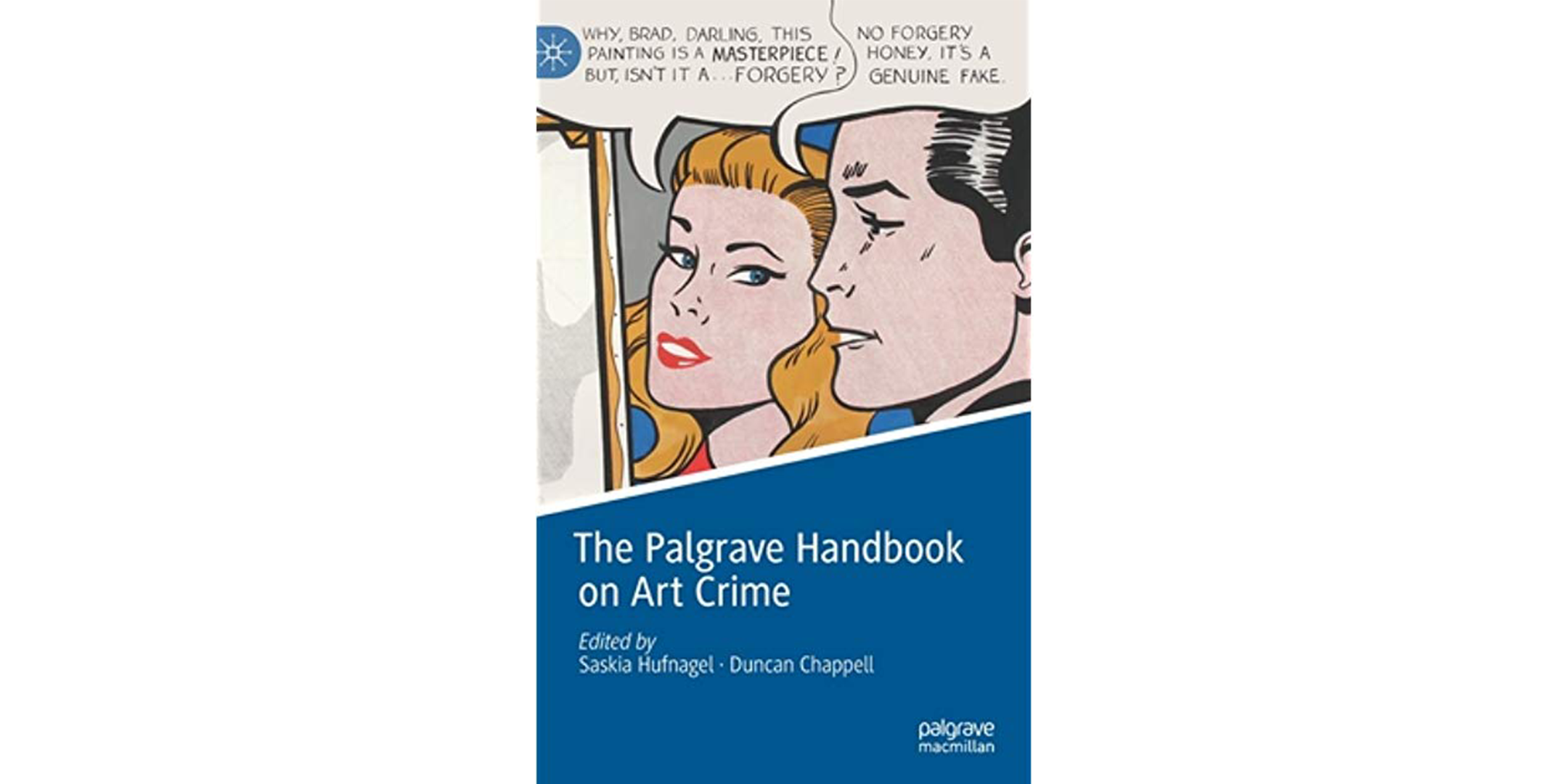 You are invited to the launch of The Palgrave Handbook on Art Crime, with editors Professor Duncan Chappell (Sydney Law School) and Saskia Hufnagel (Queen Mary University London).

This fascinating Handbook showcases studies on art theft, fraud and forgeries, cultural heritage offences and related legal and ethical challenges. Art crime has emerged as an area of great interest for the global community and criminologists in recent years. The range of interdisciplinary attention to this area is reflected in the diversity of contributors to the Handbook, with expertise in ancient history, archaeology, forensic science, heritage conservation, investigative journalism, law, law enforcement, museum curating, papyrology, physical anthropology and sociology.

The Handbook is being launched by Shane Simpson AM. Shane is Special Counsel at Simpsons Solicitors and is one of Australia’s most eminent cultural property lawyers.  He is the author of ‘Collections Law: Legal Issues for Australian Archives, Galleries, Libraries and Museums’ and his firm advises many Commonwealth and State collecting institutions and NGOs in the cultural sector.  Shane has authored many books relating to the inter-relationship of the law and cultural property.  In 2011 he was appointed Member of the Order of Australia for “service to the law and to the arts through leading roles in intellectual property and entertainment law, and as a contributor to a range of cultural organisations.”

More information about the book

Duncan Chappell Honorary Professor at the University of Sydney School of Law and Institute of Criminology member, and a Conjoint Professor in the School of Psychiatry at the University of NSW Duncan is a former member of the NSW and Australian Law Reform Commissions; a former Deputy President of the Federal Administrative Appeals Tribunal; and a former Director of the Australian Institute of Criminology . He has researched and published widely on a range of crime and criminal justice topics, including art crime and trafficking in cultural property. Duncan is currently a member and Acting Chair of Australia’s National Cultural Heritage Committee, and also teaches in the Association for Research into Crimes Against Art (ARCA) annual post graduate art and cultural heritage crime program in Amelia, Italy.

Saskia Hufnagel is Senior Lecturer in Criminal Law at Queen Mary University London. She previously worked as a Research Fellow at the Australian Research Council Centre of Excellence in Policing and Security (CEPS), Griffith University, Australia, and was a Leverhulme Fellow at the University of Leeds, UK. She has widely published on international police cooperation and art crime. She is a qualified German legal professional and accredited specialist in criminal law.

This book launch is sponsored by the Sydney Institute of Criminology and The University of Sydney Law School.