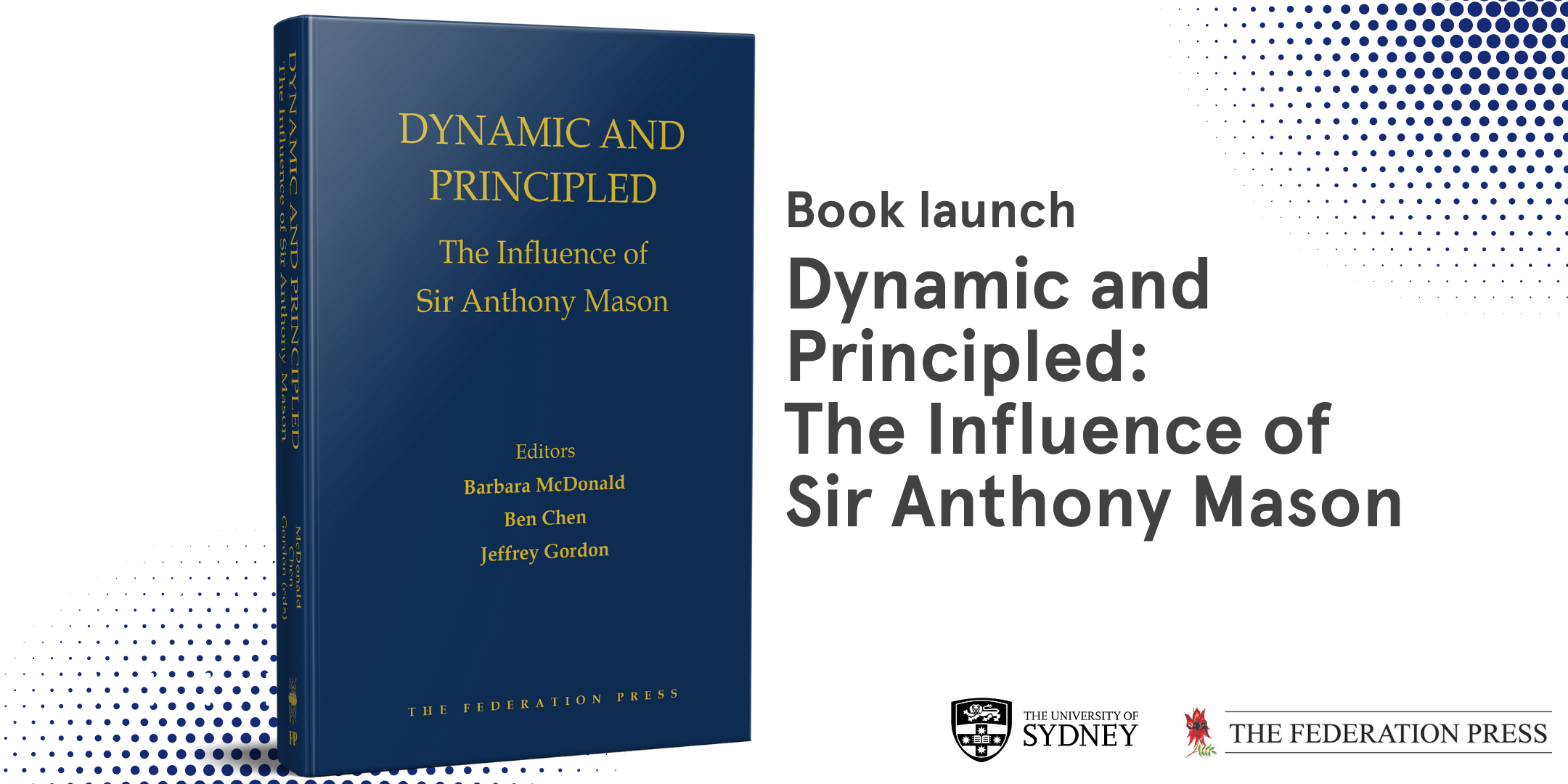 The University of Sydney Law School and The Federation Press are delighted to invite you to the launch of Dynamic and Principled: The Influence of Sir Anthony Mason. This collection of essays from eminent judges, prominent practitioners and leading scholars analyses the work of one of the most important lawyers in Australian history, Sir Anthony Mason, Justice of the High Court of Australia from 1972 to 1987 and Chief Justice of Australia from 1987 to 1995.

The book will be launched by The Honourable Justice Stephen Gageler AC, in the presence of Sir Anthony and Professor William Gummow. The launch will be followed by a cocktail reception.

About Dynamic and Principled: The Influence of Sir Anthony Mason

Supported by The Francis Forbes Society for Australian Legal History and published by The Federation Press, the book is primarily concerned with the law that Sir Anthony, with his fellow judges, declared and developed over his career in Australia on the High Court and subsequently in Hong Kong as one of the first Non-Permanent Judges on the Court of Final Appeal.

The range of topics in this book reflects the extraordinarily wide and lasting influence he had on Australian law and beyond, and on law-makers, judges, academics, students and lawyers over decades in Australia.

The book will be available for purchase on the evening, at a 10% discount.

Information about the book.

The Hon. Justice Stephen Gageler AC will launch the book.

The Hon Sir Anthony Frank Mason was a Justice of the High Court from 1972 to 1987, and Chief Justice from 1987 to 1995. He graduated from the University of Sydney with Bachelor degrees in Arts and Law, and was admitted to the NSW Bar in 1951. During World War II he served in the RAAF. He was appointed a Queen’s Counsel (QC) in 1964, and served as Commonwealth Solicitor-General during 1964–69. He was a Judge of the NSW Court of Appeal (1969–72) and Pro-Chancellor at the Australian National University (1972–75). Anthony Mason’s other civil honours include appointment as a Commander of the Most Excellent Order of the British Empire (CBE) in 1969, Knight Commander of the Most Excellent Order of the British Empire (KBE) in 1972, Companion of the Order of Australia (AC) in 1988.

This event is presented by the  University of Sydney Law School and The Federation Press.