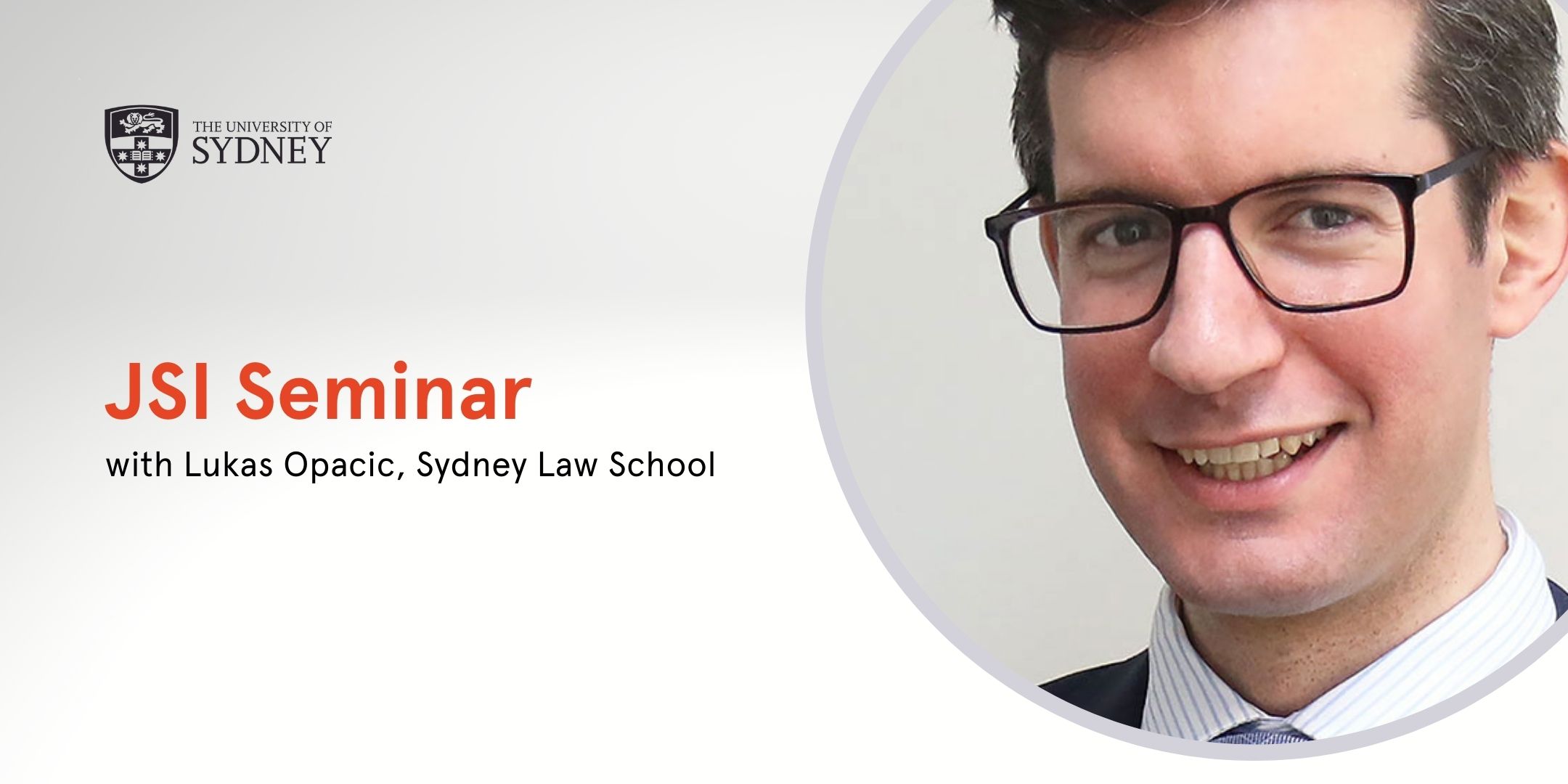 In recent years, the debate between political moralists and political realists has enjoyed increasing relevance within the philosophical literature, and this presentation adds another voice to that debate. Lukas Opacic begins by outlining what he regards as a key methodological requirement of political realism: that political theory must be sufficiently faithful to the conditions of real-world politics if it is to be ‘political’ theory (what he calls the ‘fidelity requirement’). The paper then defends two claims: first, that the ‘fidelity requirement’ is a necessary one for political theory; and second, that a popular form of political realism, that of Bernard Williams, does not adequately satisfy that requirement.

Lukas Opacic is a graduate of Sydney Law School and was awarded his PhD (Realism and Moralism in Political Thought) this year. He also holds a B.Sc. (Pure Mathematics) from the University of Sydney and teaches Constitutional Law and Public Law at Sydney Law School. His research concerns the methodology of political theory, in particular the way in which methodological considerations can shed light on what are generally considered purely substantive questions in political theory. This research also explores the ways in which the work of Michael Oakeshott can be used as an alternative basis for realist thought in a post-liberal political context. In a previous life, Lukas was a concert pianist and a mathematics teacher.