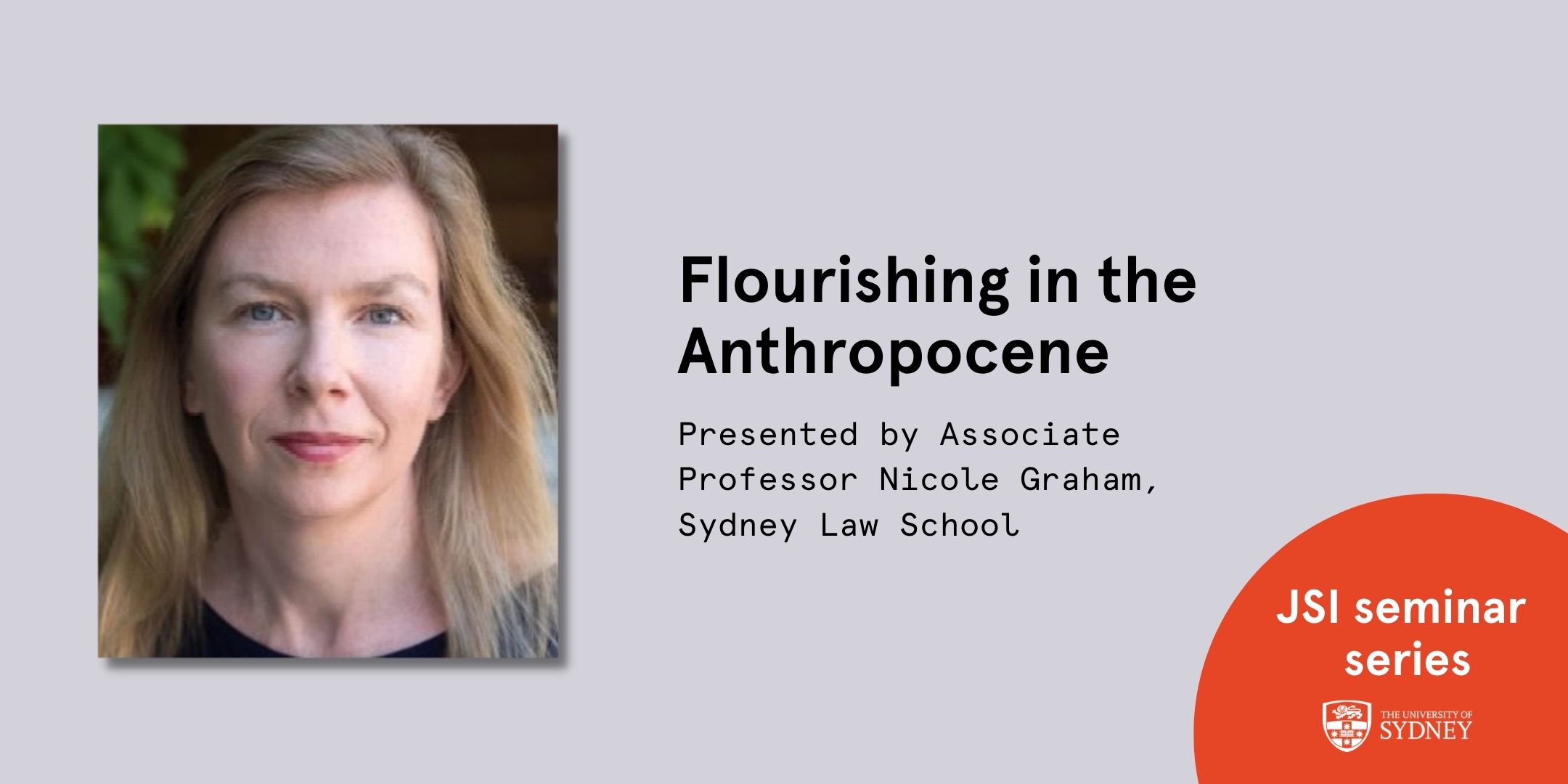 JSI Seminar: Flourishing in the Anthropocene

JSI Seminar: Flourishing in the Anthropocene

Progressive property theory presents a recent corrective to atomistic theories that isolate property interests from the network of relations and obligations arising from the sociality of organised human society. The ‘social obligation norm’ that underpins progressive property theory stretches back to Aristotle’s philosophy of eudemonia (‘human flourishing’ or ‘living well’) written in the 4th Century BC. But property is not timeless; the world has changed. The rise of global greenhouse gas emissions above pre-industrial levels is rapidly transforming the climate of the planet – presenting an existential crisis on a scale far greater than the individual, society, and species. For millennia, Western theories of property, including progressive property, have been dominated by anthropocentric notions of law and land. However, the concept of community, central to progressive property theory, foregrounds and prioritises both materiality and relationality, making possible a more viable theory of human-earth relations for the 21st Century. The arrival of the Anthropocene calls for a planetary understanding of ‘community’ that encompasses its disowned human and more-than-human members, whose labour in Capital’s shadow lands provide the conditions of modern Western proprietorship. ‘Living well’ through the 21st century will involve reframing social obligation as existential imperative to model a viable property regime.

Dr Nicole Graham is an Associate Professor at the University of Sydney Law School. She teaches and researches in the fields of property law and theory, and legal geography. Nicole has written on the relationship between law, environment and culture with a particular focus on property rights, natural resource regulation and the concept of place.