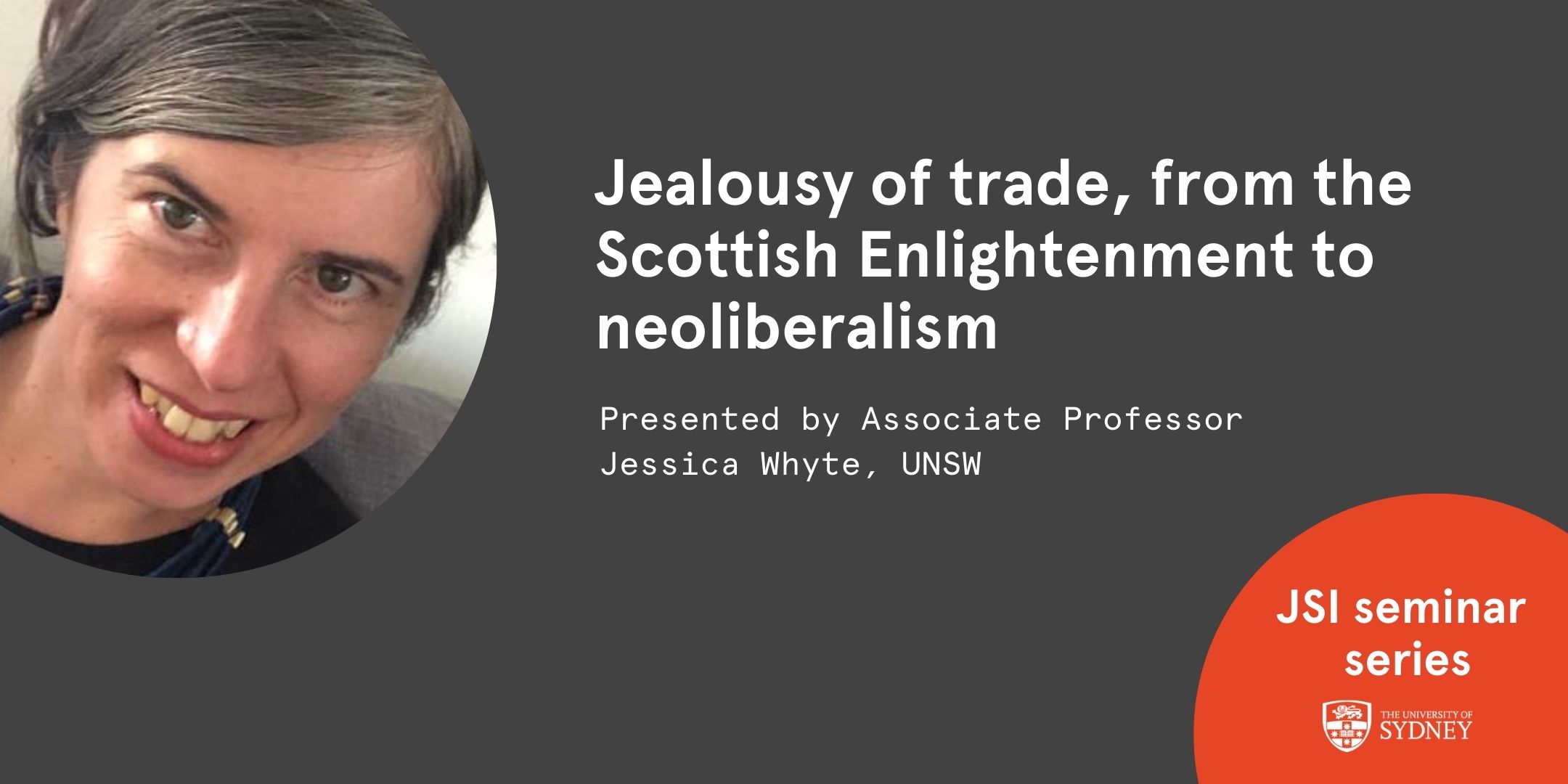 JSI Seminar: Jealousy of trade, from the Scottish Enlightenment to neoliberalism

JSI Seminar: Jealousy of trade, from the Scottish Enlightenment to neoliberalism

In this talk, I trace the Scottish Enlightenment debates about what David Hume termed “jealousy of trade”—that is, the transformation of international commerce into a political concern of states and a cause of international conflict. I revisit these debates – in a context marked by new trade wars and military conflicts within a highly integrated global economy – in order to propose a new understanding of neoliberalism. Against the dominant understanding of neoliberalism as primarily an economic ideology, I argue that early neoliberals (notably Friedrich Hayek and Ludwig von Mises) drew from the Scottish Enlightenment to portray market competition as the necessary condition not of economic efficiency but of social and international peace. Against laissez-faire, they portrayed the market (and peace) as a legal order, not a natural order. In this vein, they also pioneered new forms of economic coercion to restrict the options of democratic polities, and to pacify market societies.

Jessica Whyte is Scientia Associate Professor of Philosophy at the University of New South Wales with a cross-appointment in the Faculty of Law. Her work integrates political philosophy, intellectual history and political economy to analyse contemporary forms of sovereignty, human rights, humanitarianism and militarism. She is the author of Catastrophe and Redemption: The Political Thought of Giorgio Agamben, (SUNY 2013) and The Morals of the Market: Human Rights and the Rise of Neoliberalism (Verso, 2019).