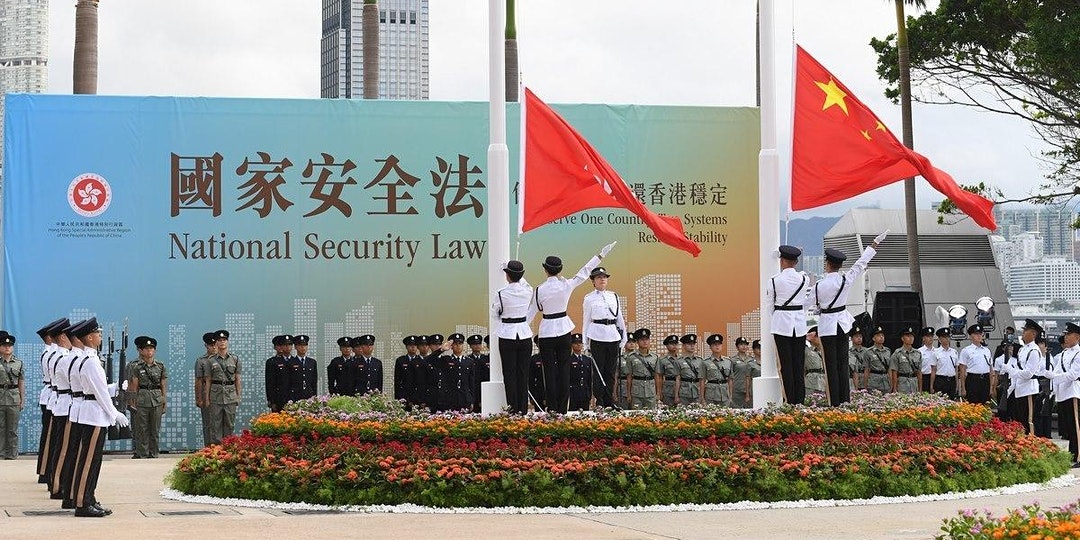 Presented by the China Studies Centre in partnership with the Centre for Asian and Pacific Law and the Media@Sydney Seminar Series at the University of Sydney.

On July the 1st, 1997, the sovereignty of Hong Kong was reverted to China on the model of “one country, two systems,” guaranteed by the Sino-British Joint Declaration and later enshrined in the Basic Law of Hong Kong. The recent enactment of the Hong Kong national security law has fundamentally challenged the “one country, two systems” model. Does the new law contradict the constitutional and legal framework of the HKSAR? Is the Hong Kong national security law any different from or similar to national security laws in other countries and in China? In the 23 years since the handover, major changes have taken place in the media and civil society of Hong Kong. What do these changes tell us about what may come from now?

Professor Bath’s teaching and research interests are in international business and economic law, private international law and Chinese law. She has first class honours in Chinese and in law from the Australian National University, and an LLM from Harvard Law School. She has also studied in China and Germany. Professor Bath has extensive professional experience in Sydney, New York and Hong Kong, specialising in international commercial law, with a focus on foreign investment and commercial transactions in China and the Asian region. Professor Bath speaks Chinese (mandarin) and German.

Ms Yin-ting Mak is a veteran journalist in Hong Kong with more than 35 years of experience. She was among the first batch of Hong Kong journalists allowed to enter mainland China to report about the “two sessions” in 1985. She is a non-executive director of CitizenNews, a non-profit online Chinese-language news service targeting Hong Kong set up by a group of veteran journalists including herself.

Ms Mak has served in the Executive Committee of the Hong Kong Journalists Association (HKJA) for more than two decades, during which she was the Chairperson the union for nine years. Her contribution was recognized by the “Champion of Freedom of Speech” award in 2007 by the Visual Artists Guild.

Mak has a Master’s degree in Political Sociology of Development from Leeds University, UK, and an LLB jointly awarded by the University of Hong Kong and Manchester Metropolitan University.

Victoria Tin-bor Hui is Associate Professor in Political Science at the University of Notre Dame. She received her Ph.D. in Political Science from Columbia University and her B.SSc. from the Chinese University of Hong Kong. Hui’s core research examines the centrality of war in the formation and transformation of “China” in history. She is the author of War and State Formation in Ancient China and Early Modern Europe (Cambridge University Press, 2005). Hui also studies contentious politics and Hong Kong’s democracy movement. As a native from Hong Kong, she has testified at Congress and written for Foreign Affairs, the Journal of Democracy, Washington Post’s Monkey Cage, and other channels.

Joyce Nip is a senior lecturer in the Department of Media and Communications, and Department of Chinese Studies at the University of Sydney, where she specialises in Chinese Media Studies. She is also an executive committee member of the China Studies Centre of the University. She was a journalist, and journalism educator and researcher in Hong Kong before coming to Sydney in 2010. Joyce is a member of the editorial board of two British academic journals, Digital Journalism, and Journalism Practice. She also serves as a judge for several journalism awards in the Asia region, including the Awards for Editorial Excellence, and the Human Rights Press Awards.

This is an online event.

This webinar is presented by the China Studies Centre in partnership with the Centre for Asian and Pacific Law and the Media@Sydney Seminar Series at the University of Sydney.