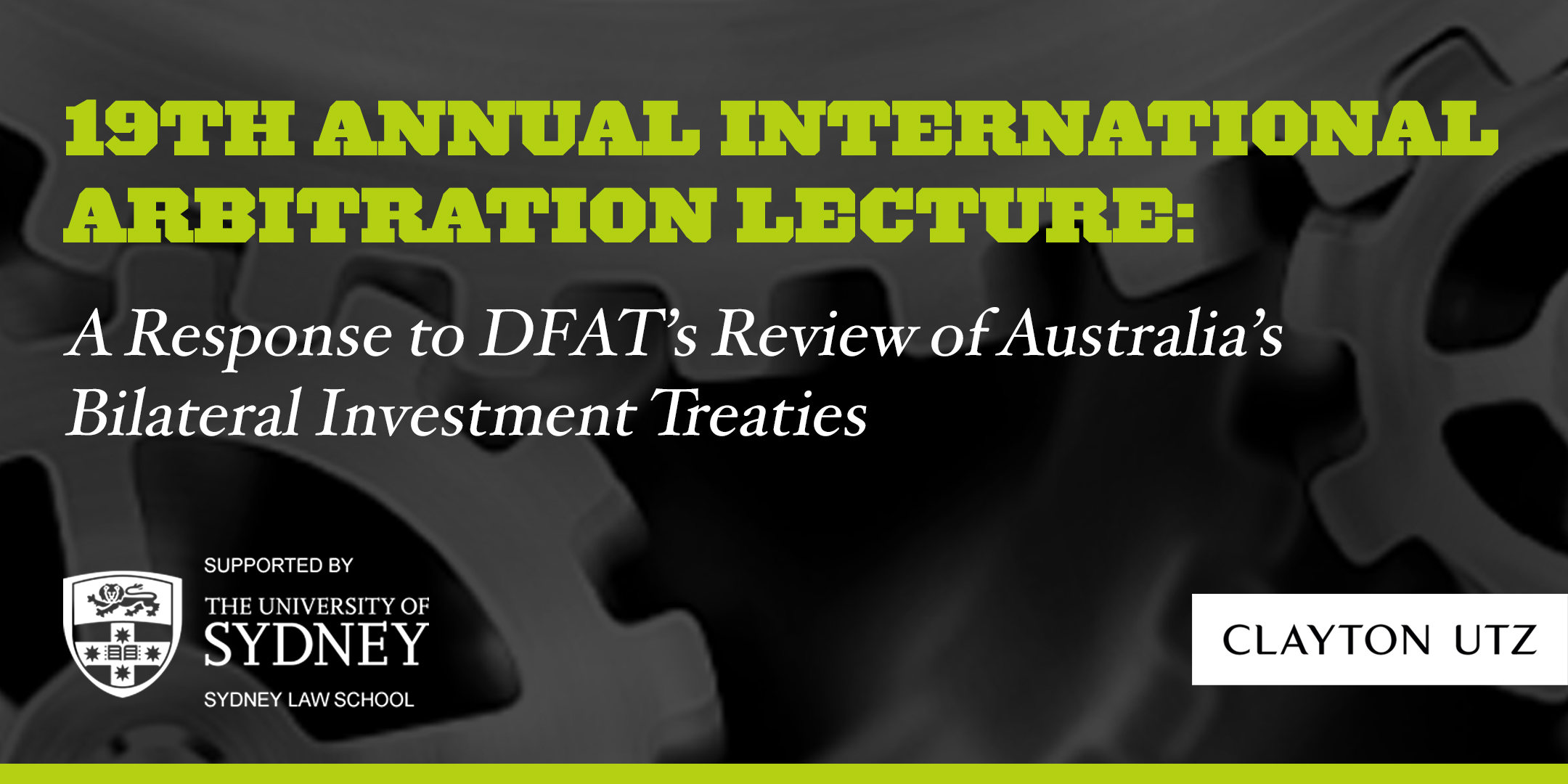 The annual International Arbitration lecture, presented by Clayton Utz and supported by the University of Sydney Law School, brings together key figures in international arbitration and the Australian business community to explore the real issues that could affect their international operations, and how international dispute resolution can contribute to their bottom line.

2020 marks the 19th anniversary of the International Arbitration Lecture series, which continues to attract guest speakers from the four corners of the world to give their insights into the challenges facing international arbitration.

In August 2020, the Australian Department of Foreign Affairs and Trade (DFAT) announced a review of the 15 bilateral investment treaties to which Australia is a party and invited submissions from stakeholders as part of this exercise (see discussion paper here).  Professor Zachary Douglas QC proposes to respond to this invitation and set out his thoughts on the optimal design of a bilateral investment treaty in light of the policy concerns expressed by the Australian Government and his experience in litigating and arbitrating investment disputes over the past twenty years. He will demonstrate that many of the ‘safeguards’ introduced by States into their modern treaties are pretty on paper but ineffective in practice and that a reassessment of the optimal approach is overdue.

Professor Zachary Douglas QC is considered to be one of the world’s leading arbitrators.  He has been appointed in over 120 cases, including in more than 45 investment treaty disputes.  In addition to international arbitration, Zachary’s diverse practice extends to the law of the sea, human rights, corporate responsibility, state immunity and other areas of international law.  As a Queen’s Counsel he has appeared in the English Supreme Court, Court of Appeal and High Court, including in several landmark cases relating to Britain’s colonial legacy, as well as before numerous international courts and tribunals.  Zachary is a member of Matrix Chambers in London and a Professor of International Law at the Graduate Institute in Geneva; he was previously a member of the Faculty of Law at Cambridge University and a Fellow at Jesus College.  He is the author of a leading treatise on investment treaty arbitration (‘The International Law of Investment Claims’) and is currently teaching and writing on the law of the sea.  He was educated in Melbourne, Moscow and Oxford and holds a PhD from Cambridge.